Love And Hip Hop New York may have enough drama of it’s own, but there’s always more! Rasheeda Ali and Sky (Black Ink Crew) got into a major beef and  Rah turned it into a brawl.  This happened last summer, after Rah posted a video of her and Remy Ma.  In the video, Rah say that her super cute false lashes came from her lash line.  Well, Sky quickly called Rah a liar and said that the lashes actually came from her friend’s line,  Honey Starr. After that, we saw the usual Instagram thuggery.  Then, for some CRAZY reason, Rah took it to the streets!  She videoed herself at Sky’s house, shouting for Sky to come outside and fight!  Even worse, she showed Sky’s real house and real address on camera.  Well, although Sky was not home at the time, she was mad as hell and invited Rah to return any time.

Well, rumor had it that Sky and Rah eventually did meet up, and Sky beat the breaks off of Rah Ali.  Now, Sky has confirmed that the fight did happen, and YES she did whoop Rah’s butt.  However, there were no Love And Hip Hop New York cameras there.  She did this by posting a picture with Yandy Smith Harris (a huge LHHNY enemy of Rah’s).  In the picture she removes all doubt about the alleged fight. In the picture she writes, “You Know I’m Trying To Change My Flow After Beating One Of Ya Cast Mates Up That Violated,”

Well now that’s settled!  I haven’t heard Rasheeda Ali open her mouth about Sky since then.  Maybe Rah’s been busy developing a new concealer line! Who knows?  Necessity IS the mother of invention, after all.
Love and Hip Hop season 6 reunion part 1 airs Monday March 21 at 8/7c on VH1!  In the mean time, watch my video about ANOTHER beef that ended badly for Rah Ali.  This chick really needs to quit with the badass routine. 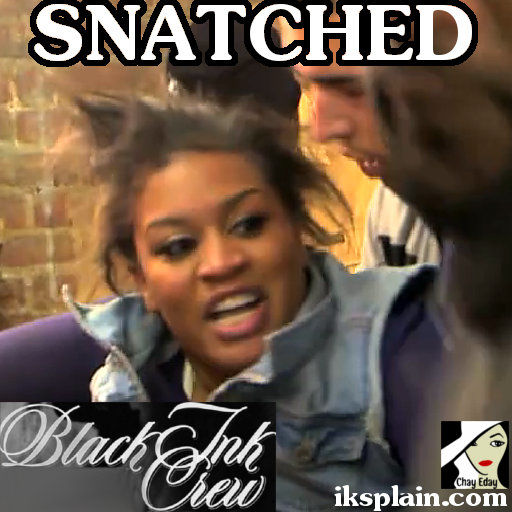